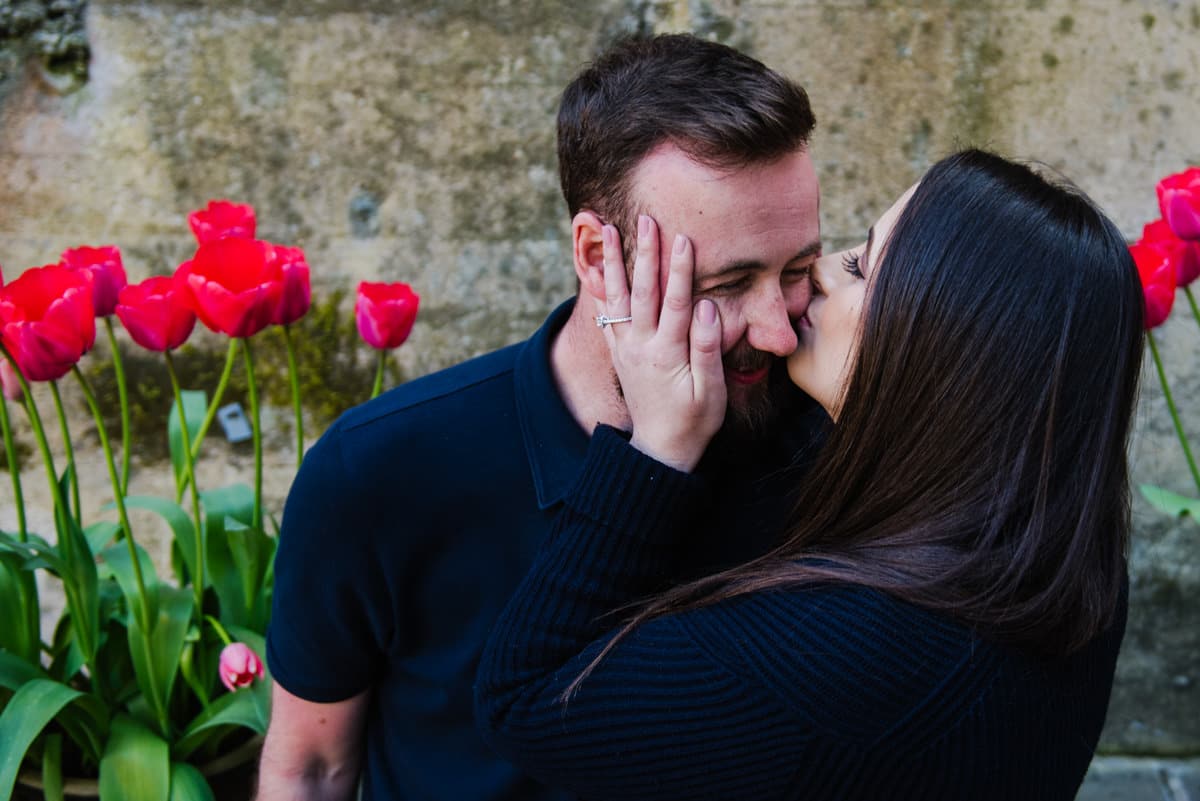 PROPOSAL-WORTHY SPOTS: AND SOME TO AVOID

It’s the biggest question you’ll ever ask/be asked. And with a whopping one million (and counting) couples saying “I will!” on the most/least romantic day of the year, I took on my duty as a Cotswold wedding photographer to reveal the most romantic engagement locations in my area.. As a result, I also ended up looking into where to avoid popping the question. Just in case you had diamond-shaped plans this 14th February…

Bit of a bird lover? Maybe you’re a full blown ornithophile? Want to stage a proposal they’ll never forget? Yeah, well maybe this one is just me but I wouldn’t choose anything featuring birds of prey. I can’t think of a much worse scenario than getting down on one knee and handing over a diamond ring, only to have a massive, terrifying, confused hawk swoop down and ruin the moment in a blur of feathers, claws and nervous hysteria. I mean, did you SEE Hitchcock’s The Birds? Exactly. Imagine that as the setting for a proposal. Talk about a romance-killer. Walks with Hawks is an awesome activity if you’re into that kinda thing (basically, you go on a stroll with a load of hawks) but best left to day trippers and families, not proposing couples. You’ve been warned. Squawk!

If your partner loves animals, this glorious open air wildlife park manages to be both zoo-like yet quite tranquil. For instance, many of the animals are cage-less, contained instead by ditches and invisible fencing, giving it all a very “free-range” feel. For me, this gets a big thumbs up. The rhinos, in particular, seem to roam about wherever they please, yet are kept at a safe distance from the public. Which is probably for the best. This beautiful reserve would make a truly unique place to pop the question: simply choose a non-school holidays day to visit (you don’t need sixteen raucous school groups killing the mood), guide you partner to their favourite animal’s enclosure, then take a knee. They’ll pretty much have to say “yes”. 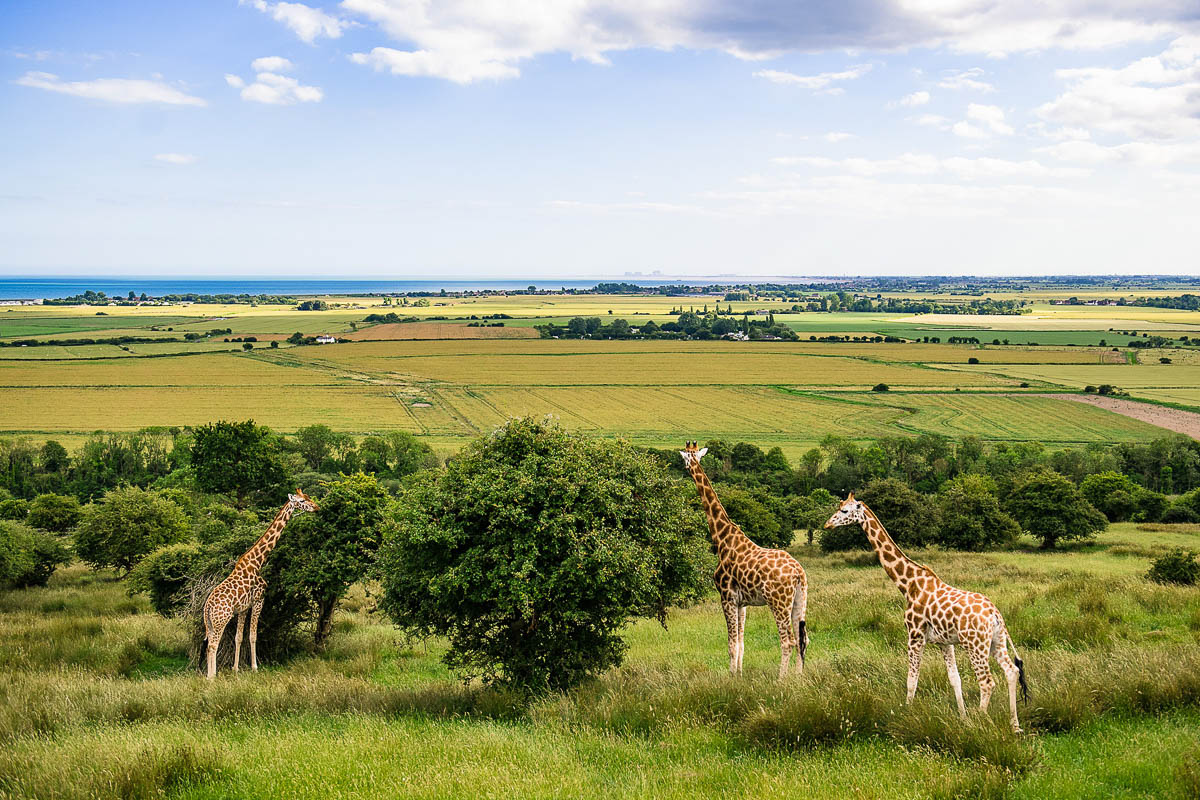 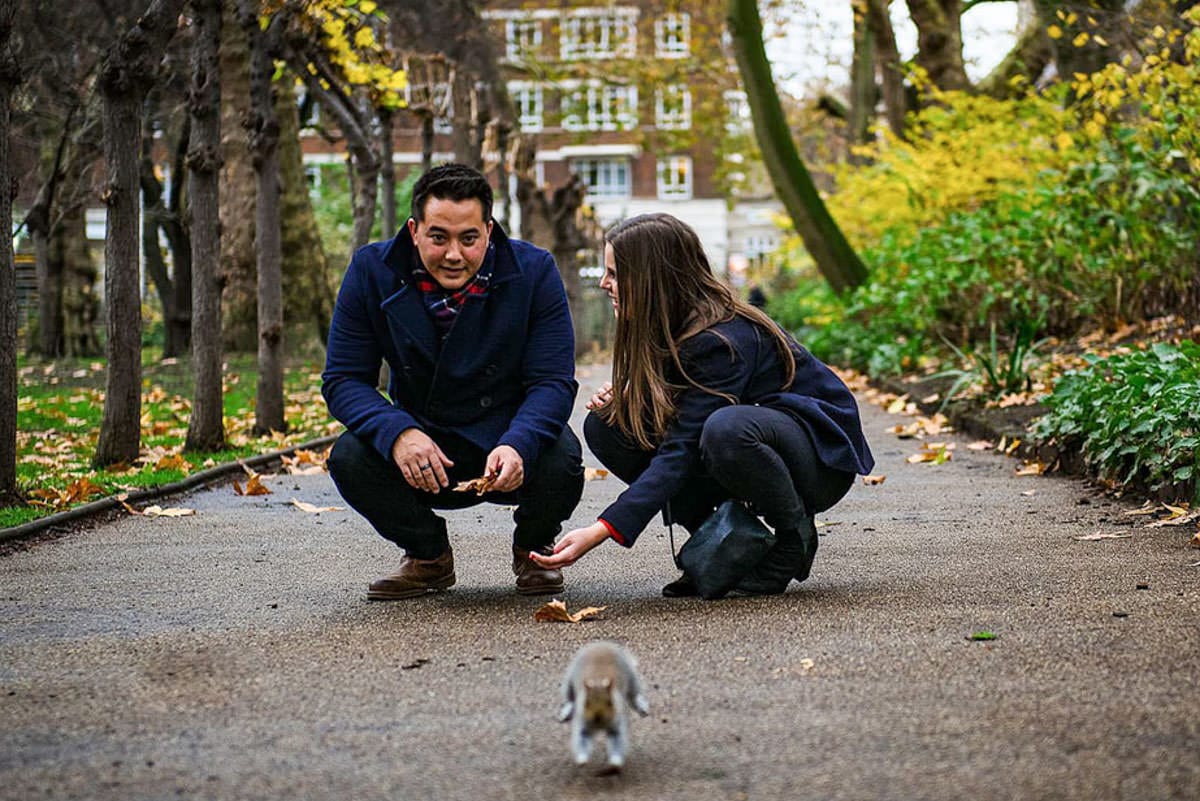 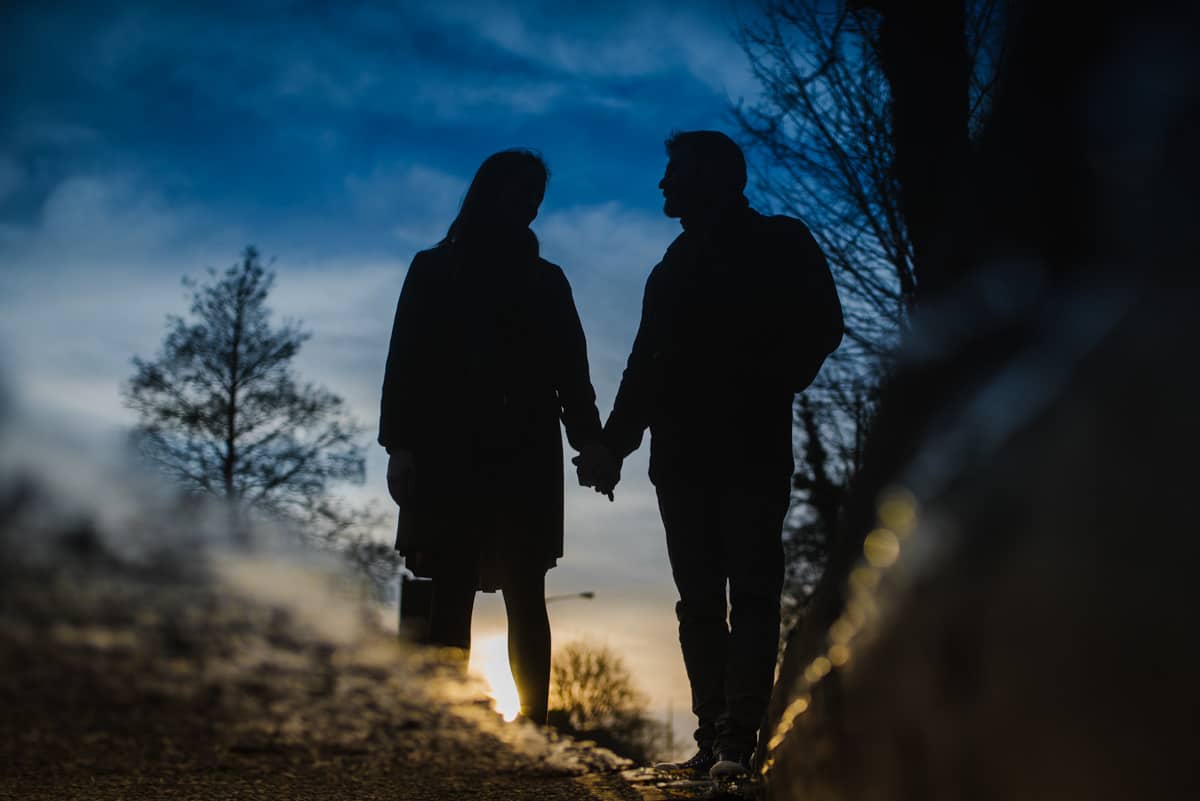 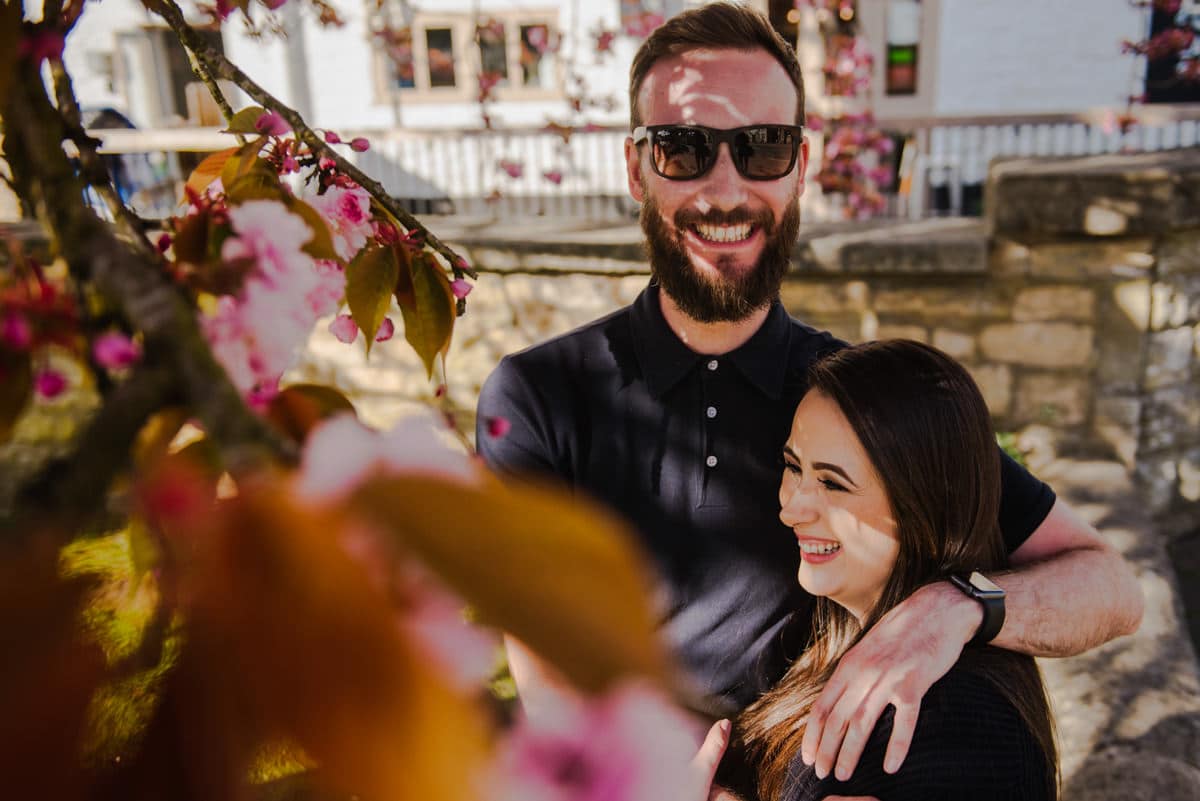 We all like our local. It’s cosy, homely and always serves our favourite ale (mine’s a pint of Butcombe, ta). It’s also over-familiar, a bit unspecial and occasionally full of drunk people (sorry), so it doesn’t exactly score high on the romance-o-meter. Imagine plucking up the courage to ask your one and only if they’d like to spend eternity with you, only to be interrupted by the last orders bell or your second cousin’s boyfriend drunkenly asking you for spare change for the jukebox so they can put on a bit of Limp Bizkit. Totally magical? Hardly pal.

If you’d like to toast your freshly squeezed engagement with a demure little tipple or two, then pay a visit to this gorgeous distillery set in glorious gardens in Stourton. The place itself is chilled and romantic, and the distillery tours are fascinating. Sample some of their own traditionally distilled Cotswold Gin, then go for a little stroll through the grounds. A dash of class and no mistake. And not a jukebox in sight. 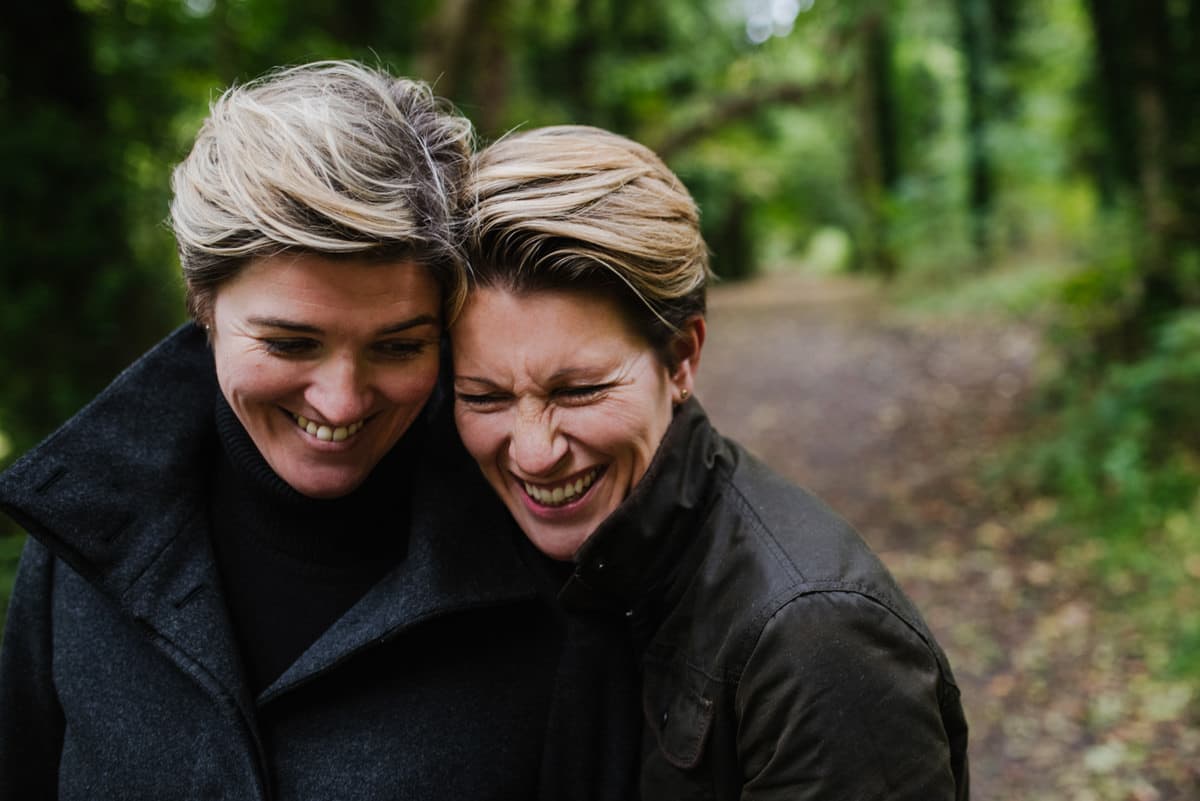 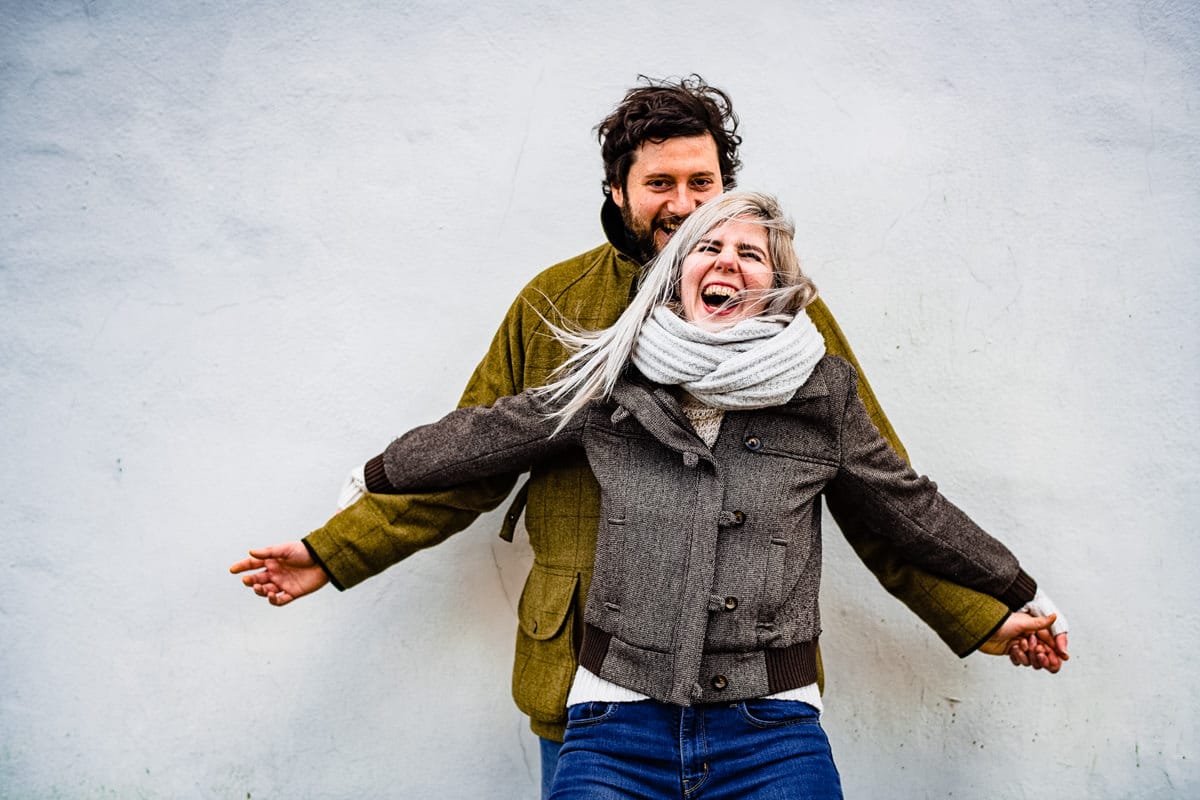 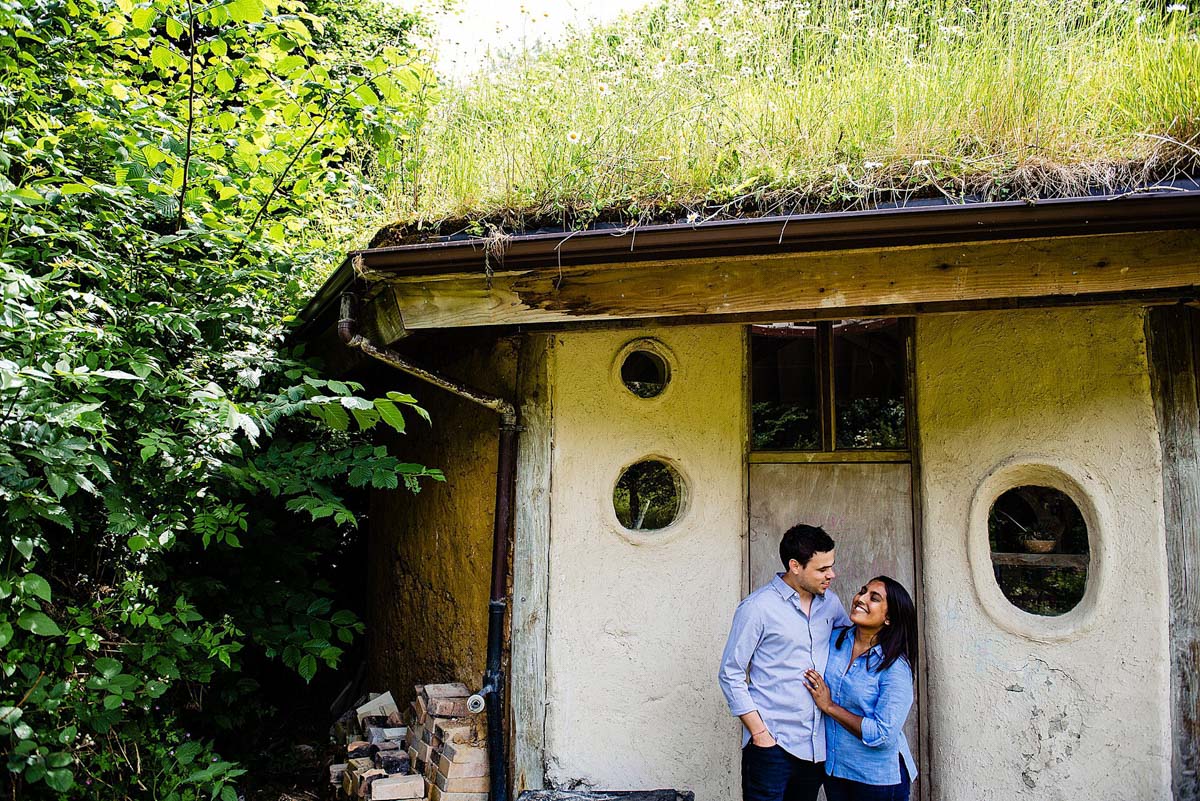 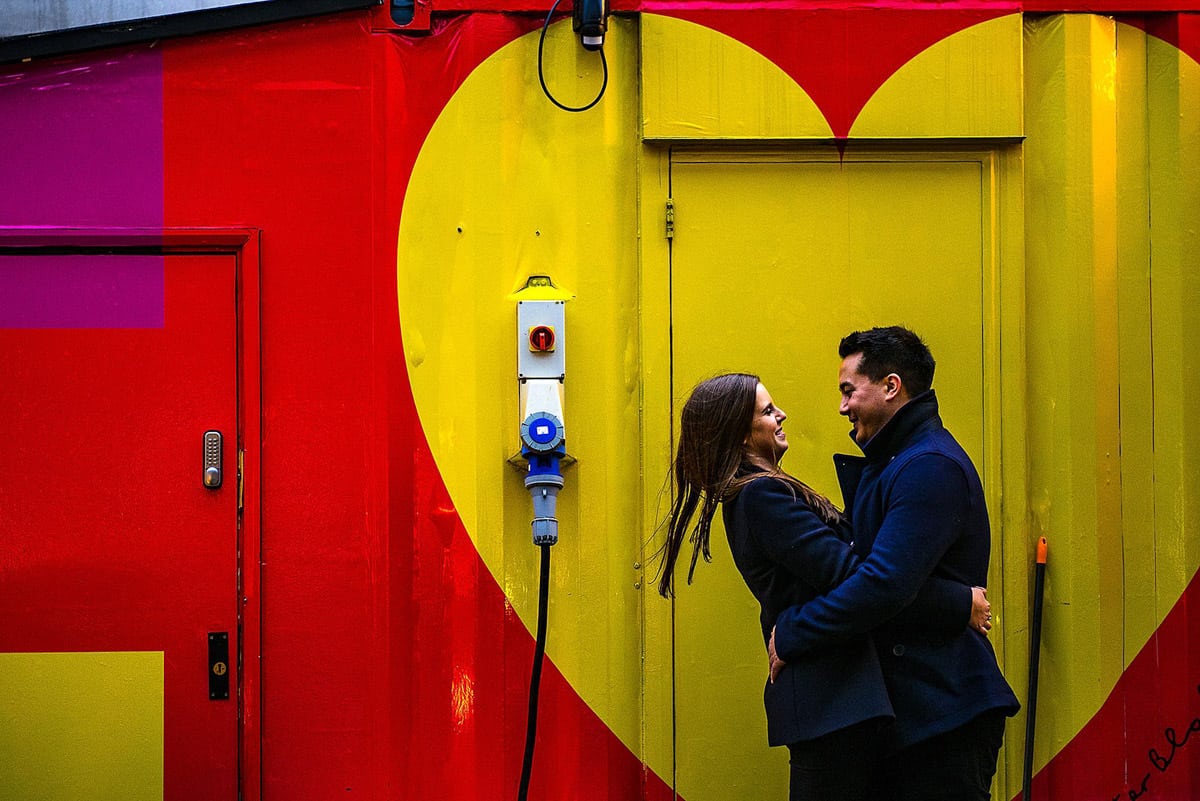 It seems like such a good idea. Floating dreamily up through the wild blue yonder, glass of fizz in hand, gazing into one another’s eyes. What could be more proposal-friendly? Well, for starters, if you’ve never been in one before, they can be a wee bit “bumpy” which can be frightening the first time round. It’d be such a shame for your intended to suddenly realise they’re s**t scared of heights once you’re high above the trees, diamond ring in your pocket. Hot air balloon rides can also be – how can I put this delicately? – bloody expensive. It has the potential to be lovely, but the potential to be disastrous. Deadly even! Most importantly, you have to have reeeealllly good weather to even go up in a balloon, like zero wind, so they get cancelled very frequently. Which makes it hard to plan anything. Avoid. Stay alive.

TRY THIS INSTEAD…WESTONBIRT, THE NATIONAL ARBORETUM

Keep your feet on the safety of the ground and take your sweetheart for a gorgeously peaceful stroll through Westonbirt. Home to 2,500 different species of plant from the far corners of the globe and five national tree collections, Westonbirt is the perfect place to ask your loved one to marry you. It’s certainly one of the most romantic Cotswold engagement locations I know of. Climb up into the canopy on the tree top walkway for a genuinely unique and pretty proposal spot. It also happens to be just up the road from me. Therefore, if you’re after a proposal shoot that would work super well! I’ll even buy you a celebratory drink or two afterwards. 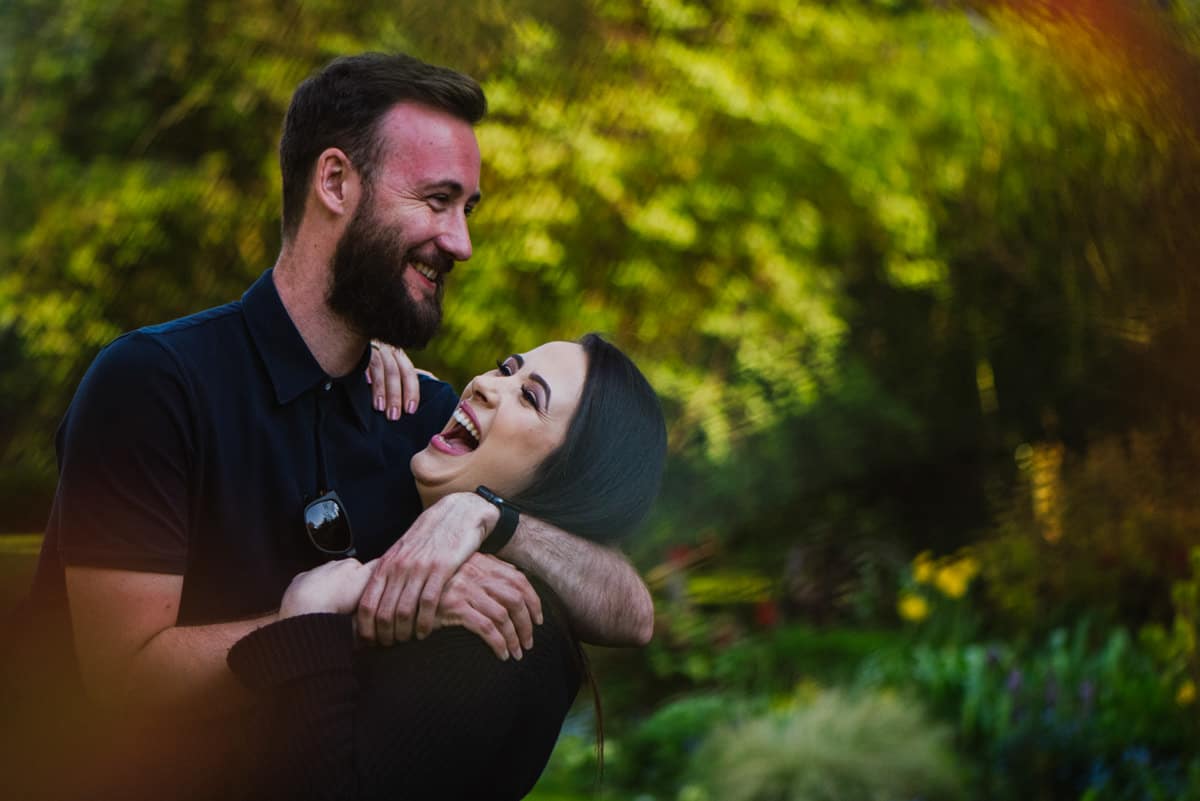 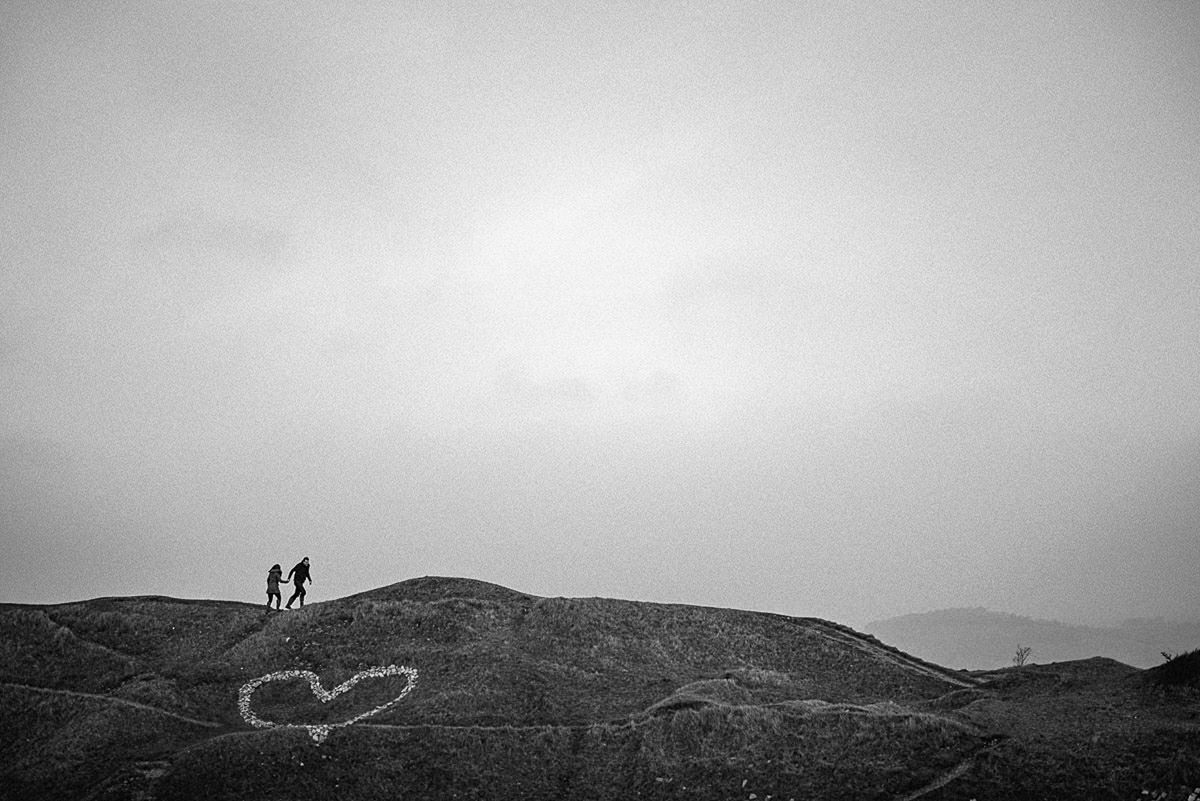 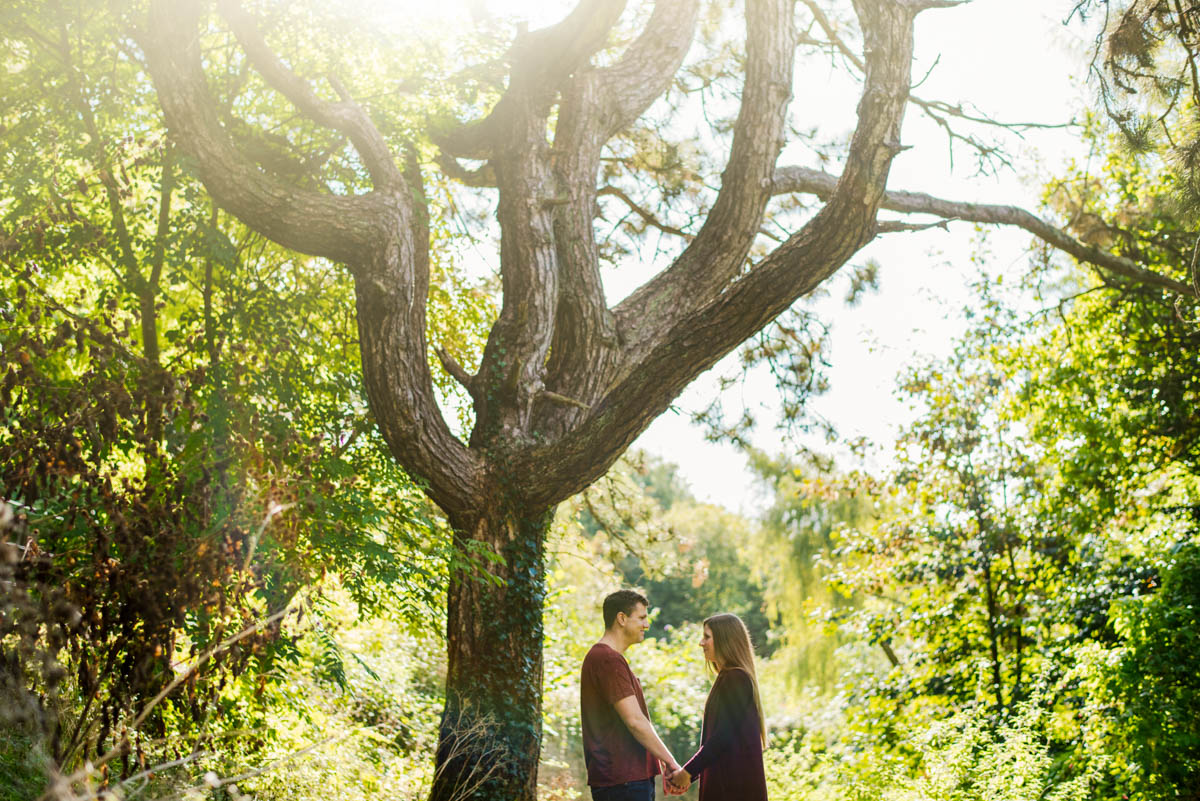 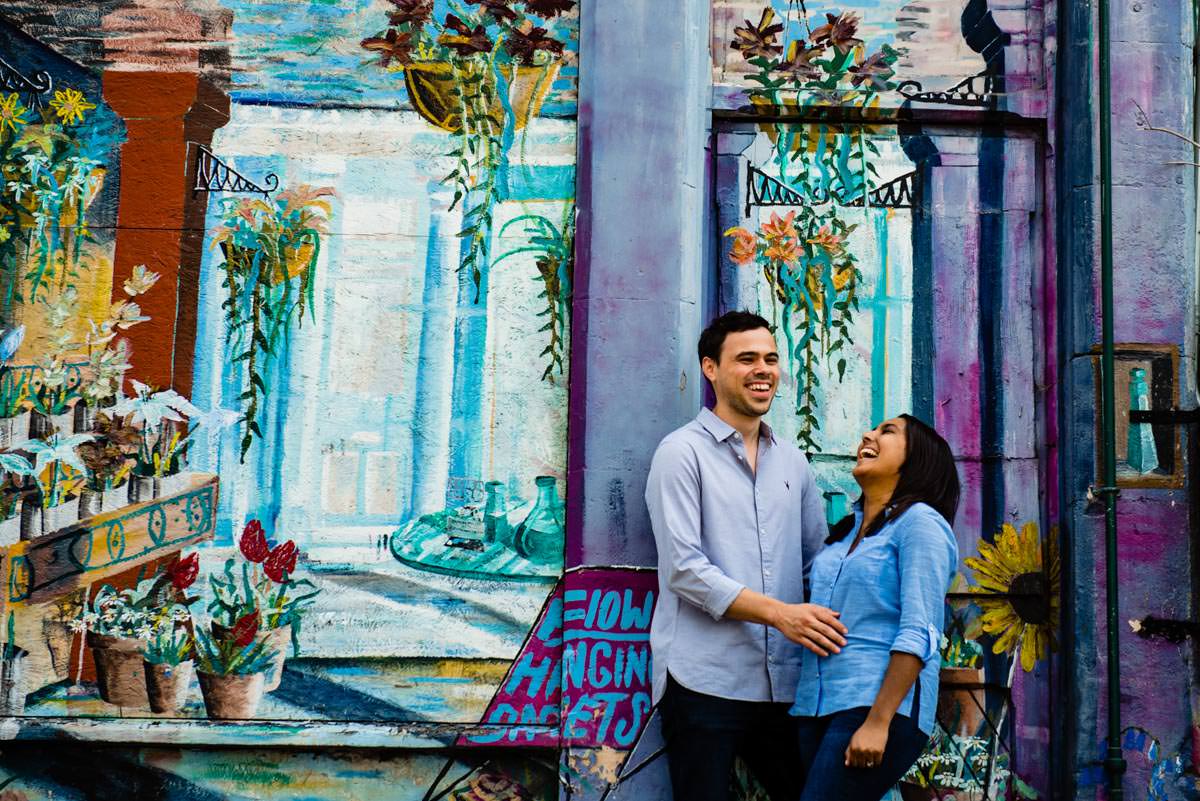 Look, I shouldn’t have to say it, but don’t go down the “ironically awful” route. Heading to Stroud and proposing amidst the sausage rolls surrounded by sad looking office workers queuing up for their lunchtime steak bakes is just…a legitimately dreadful idea. Think she’ll laugh? Think she’ll find your sense of down-to-earth lad humour hilarious? Think again, pal. Think. Again.

This is a bit more like it. Michelin-starred The Butchers Arms in Eldersfield offers delicious farm-to-field fodder but done really, really well. Fabulous food in a beautifully classic 16th century freehouse, without even a whiff of the pretentious. The perfect balance between romantic and down-to-earth. 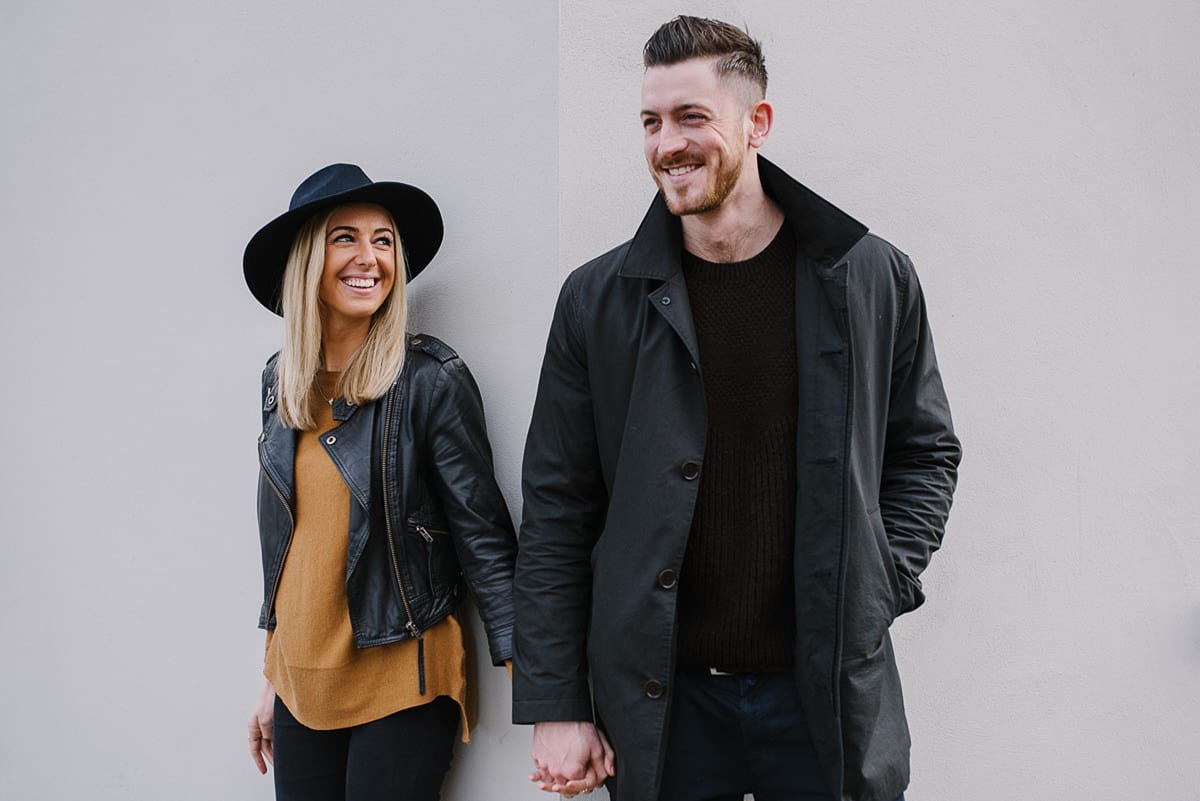 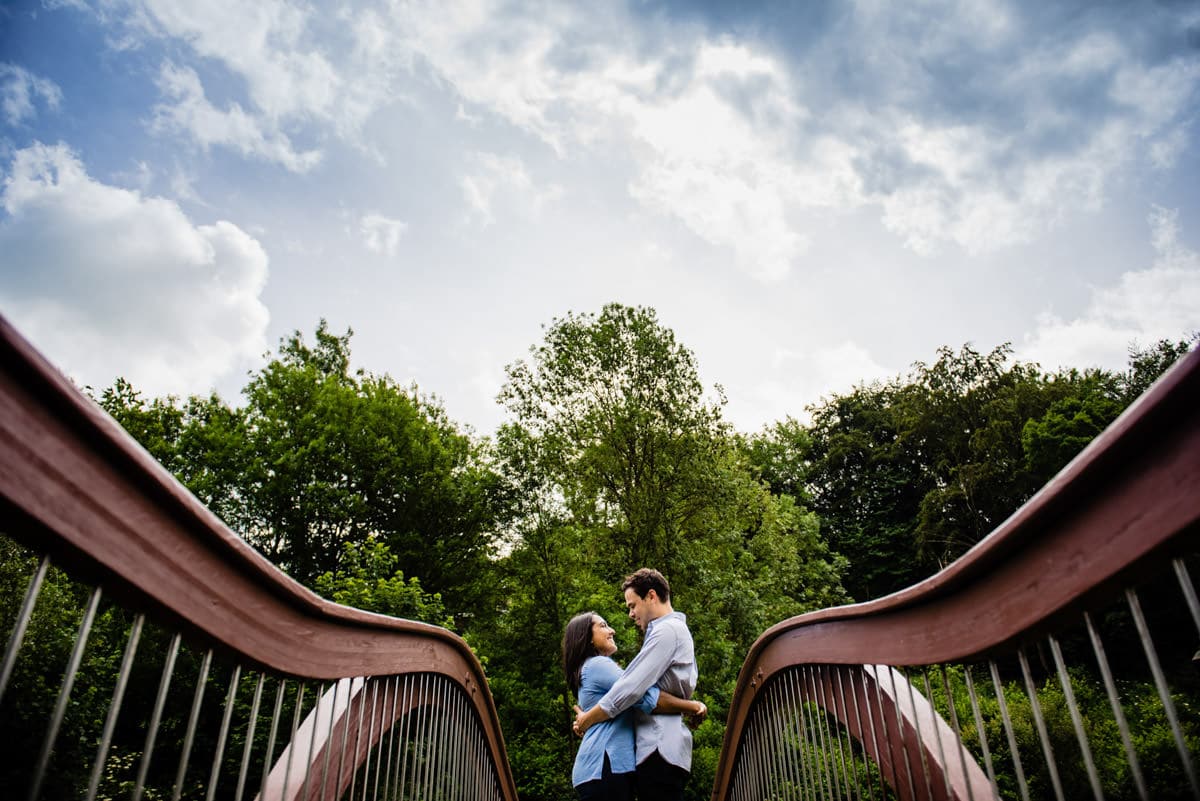 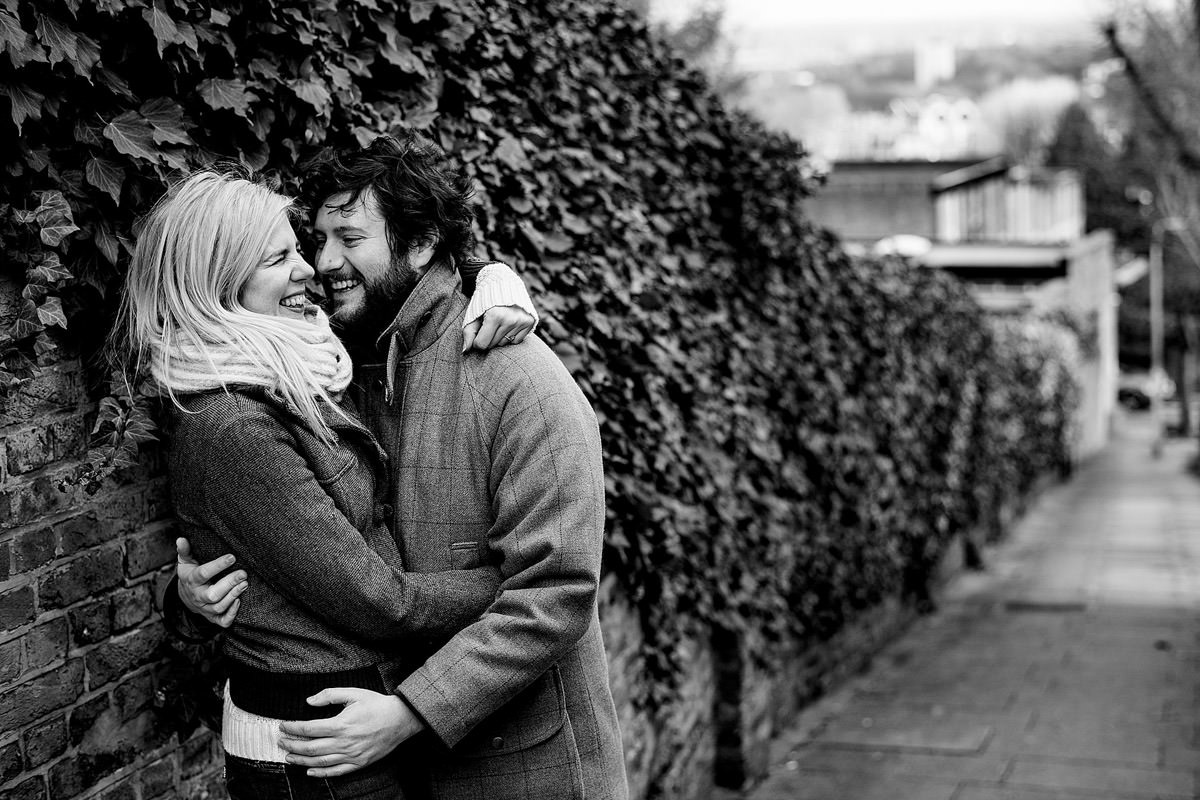 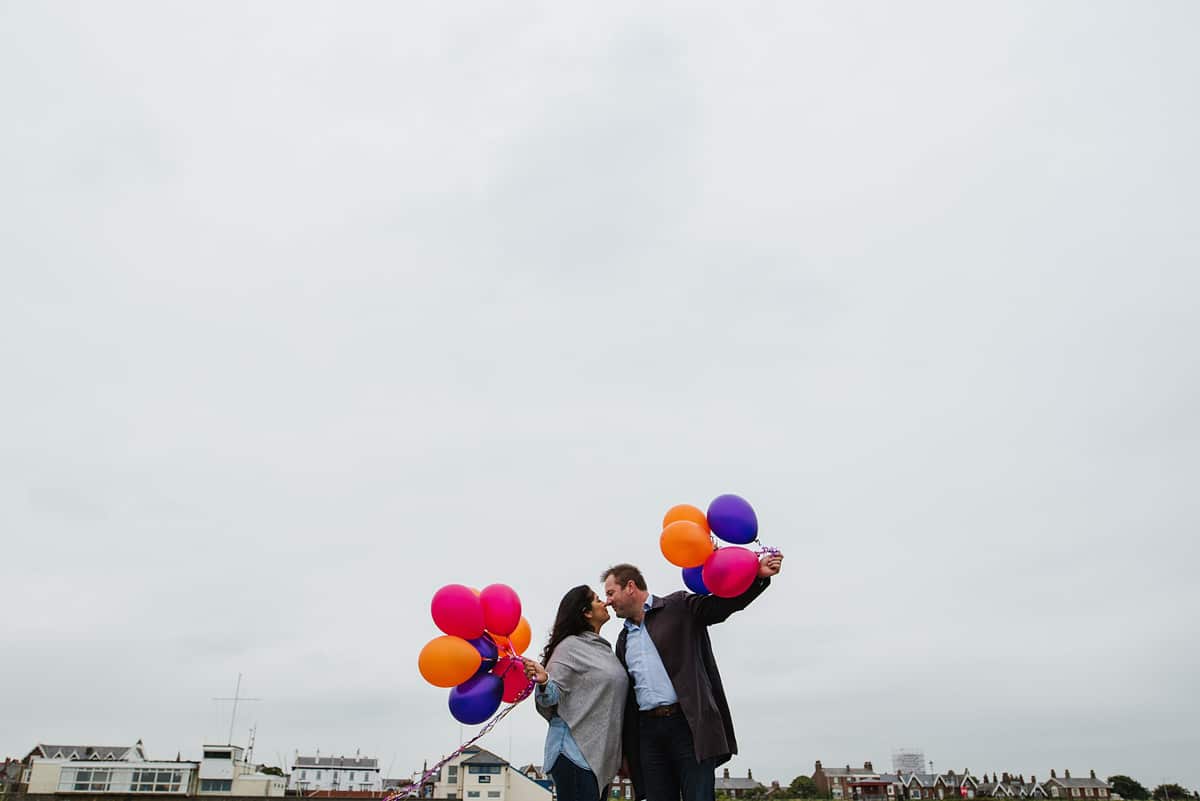 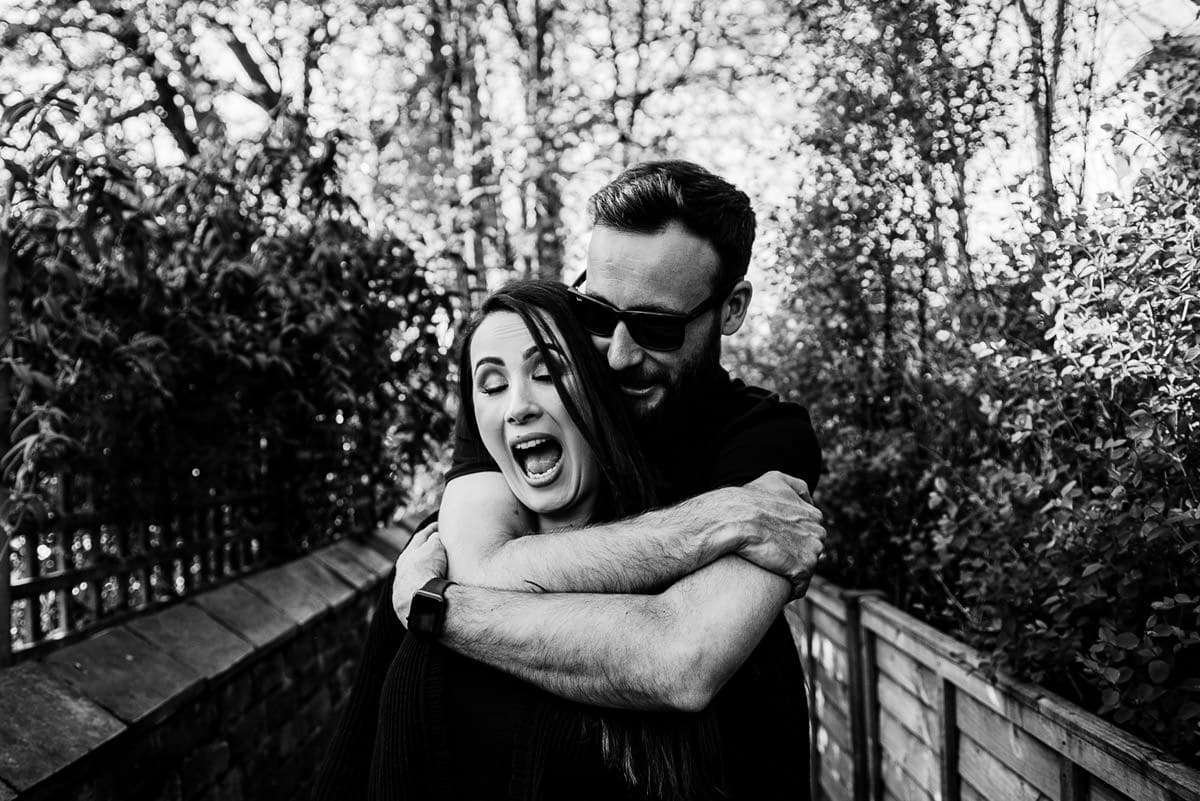 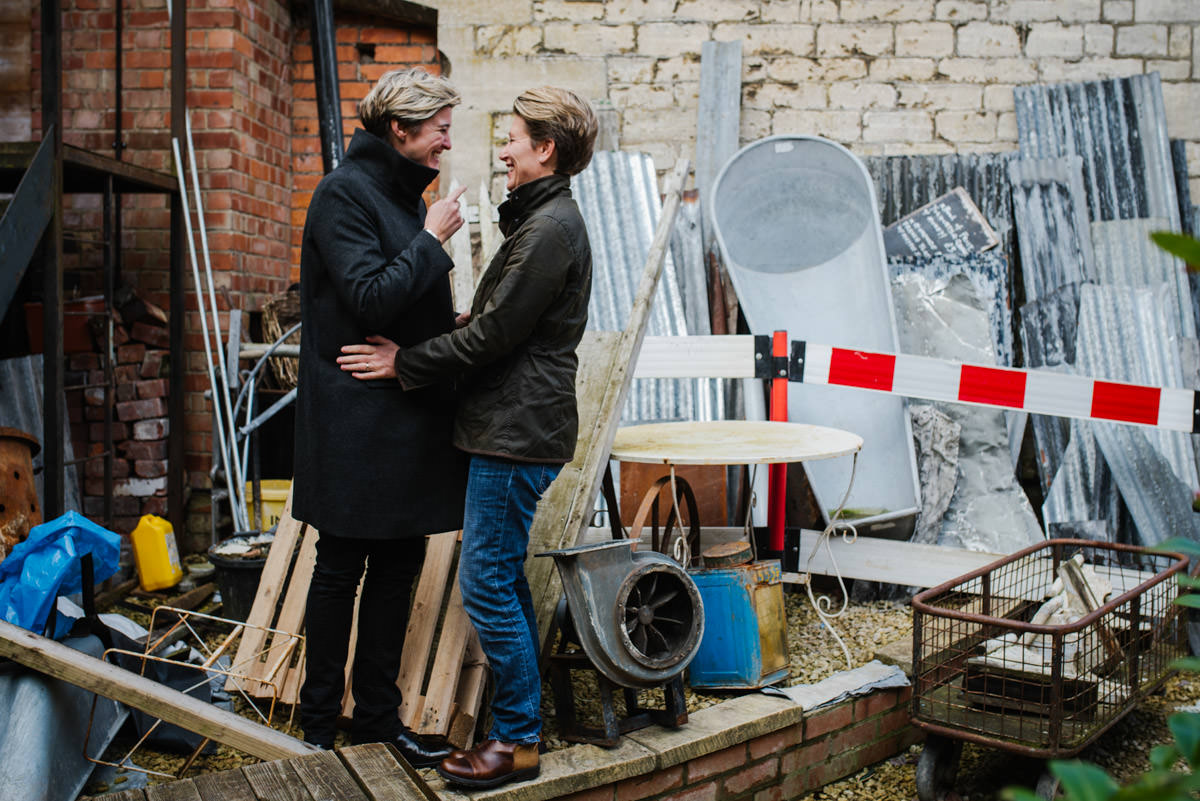 If you’re already hitched and are looking for a kick-ass Valentine’s Day gift, you cannot go wrong with a wedding album. Surprise your spouse by asking a brilliant photographer (ahem, like me) to put together a timeless album of your wedding snaps. I can work with photos that weren’t taken by me as well, so get in touch and let’s see what we can do. Allowing your wedding photos to languish on iCloud forever would just be a crying shame. For reals. Set them free! 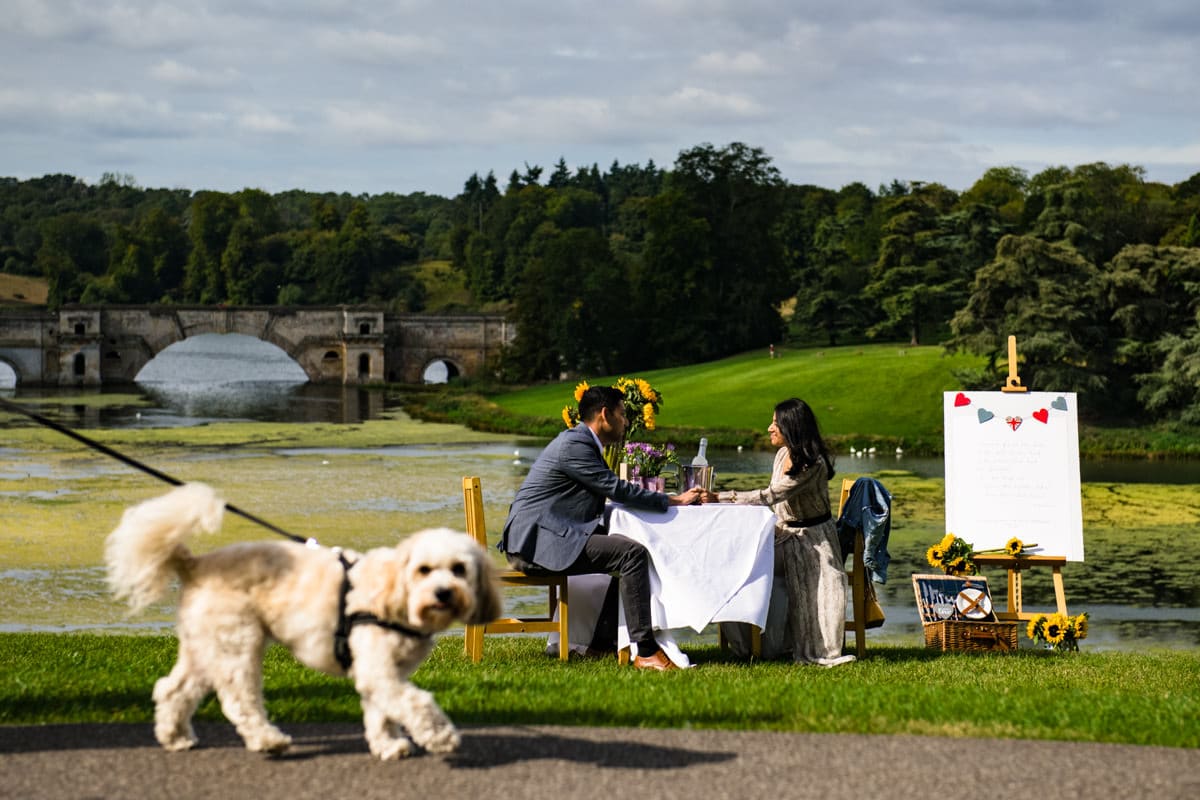 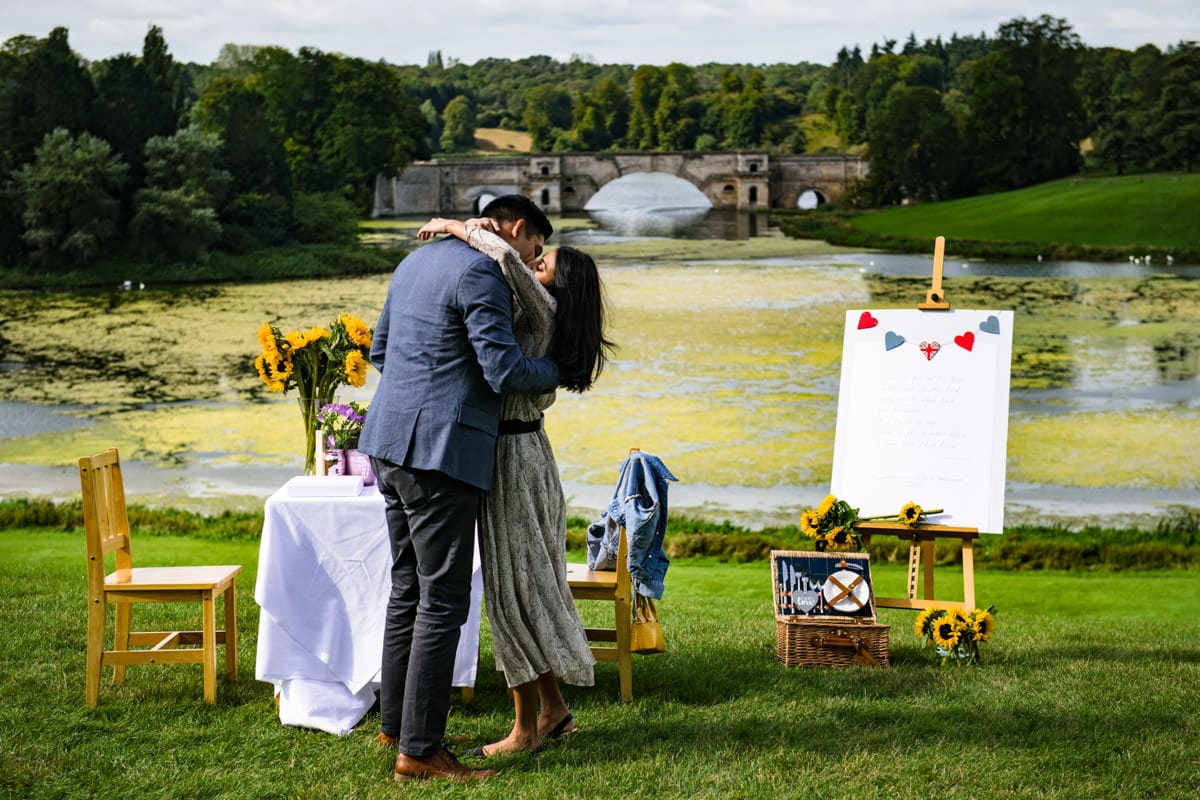 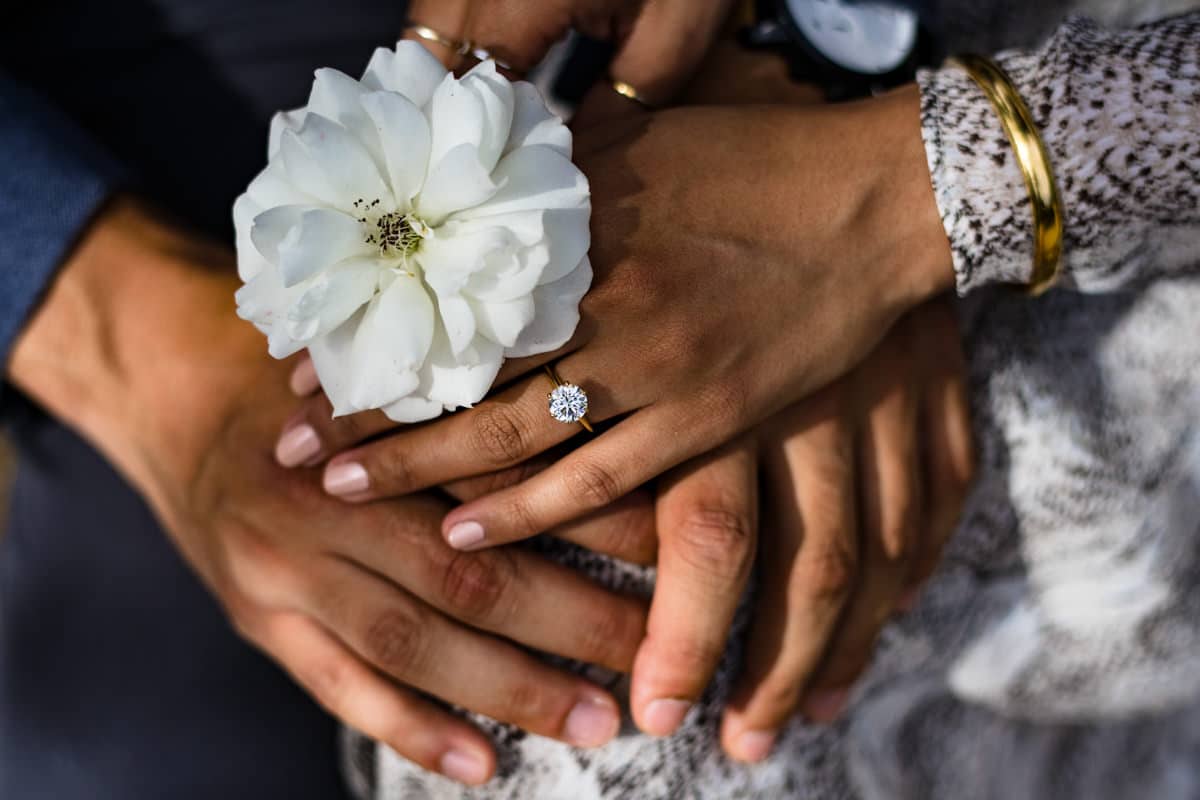 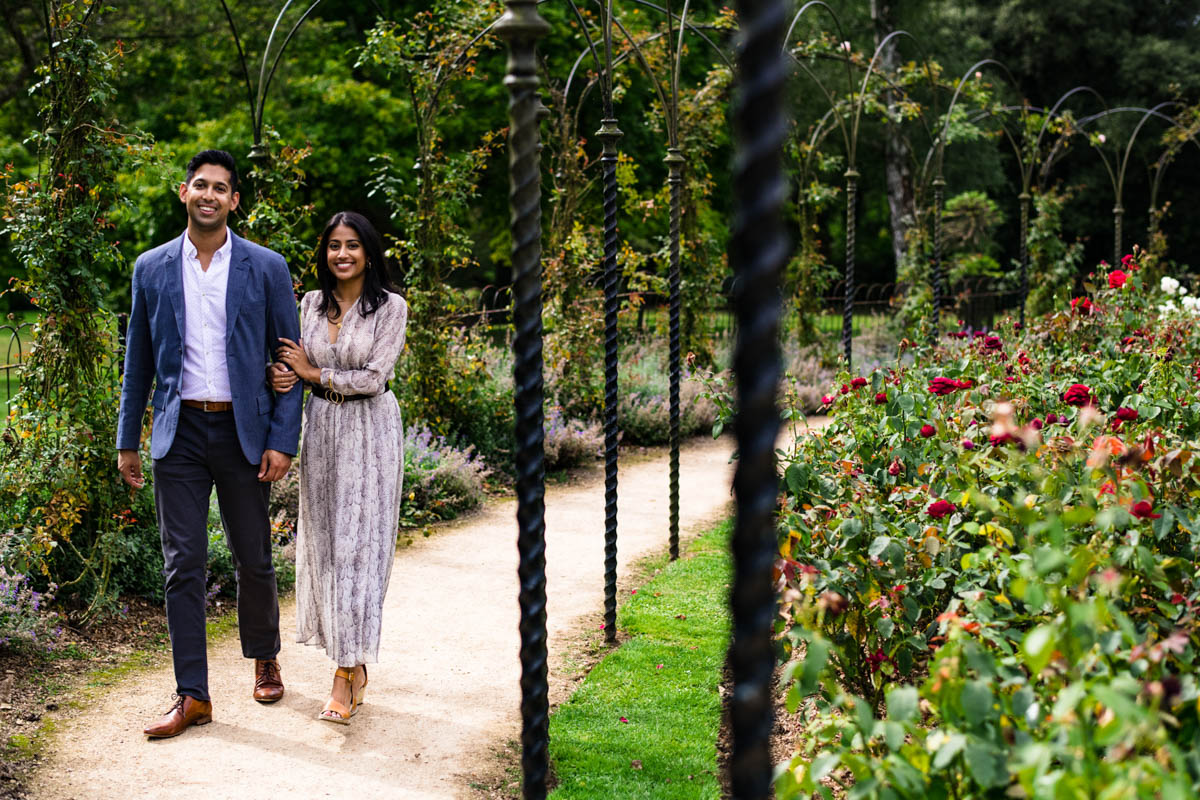 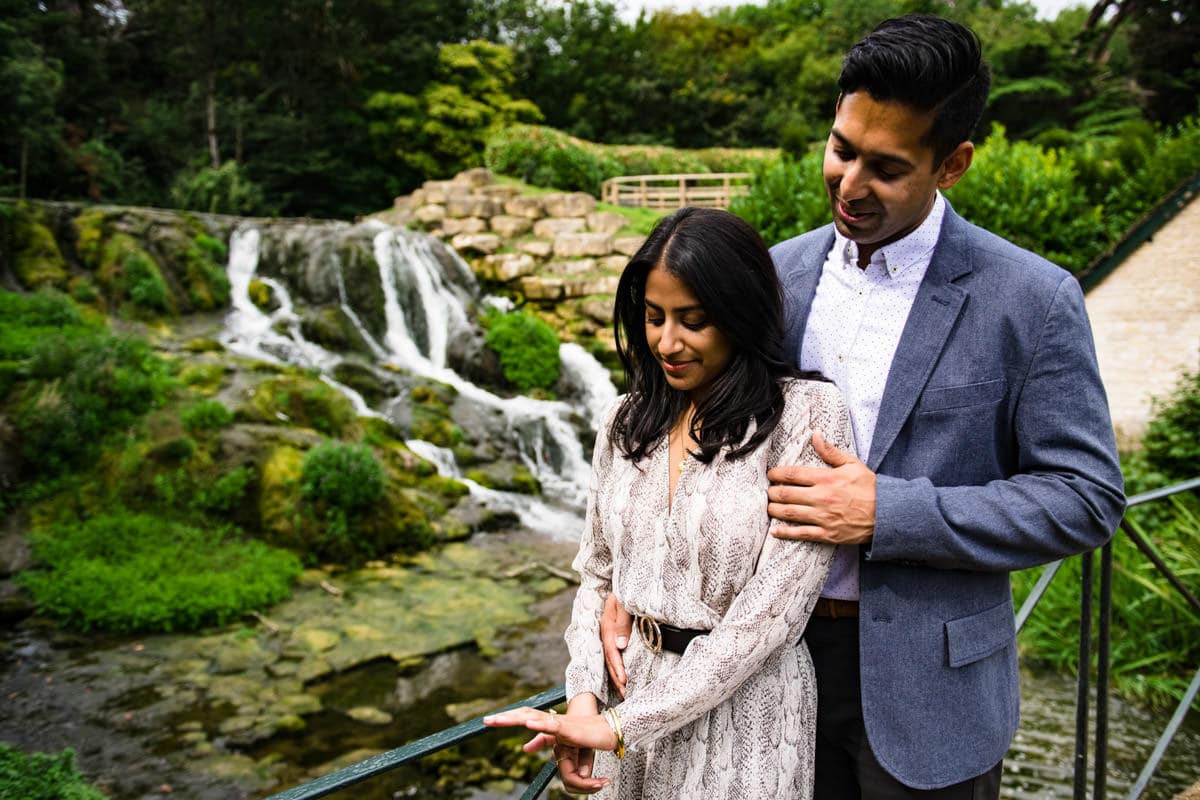 Thinking of popping the question in a romantic location?

Are you looking for a Cotswold wedding photographer?  If you like the look of these photos then I’d love to hear more about you and your plans.

A walk in the woods, a day at the beach or perhaps even a destination engagement photo shoot? These sessions are the perfect opportunity for us to hang out before the big day. As a couple you get a feel for what it will be like to have me capture your wedding day. Zero posing, 100% fun..

WHERE WILL YOUR ENGAGEMENT SHOOT TAKE YOU? 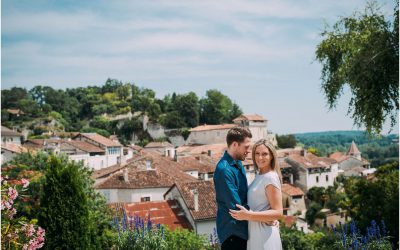 Is the Leap Year proposal thing seriously outdated in 2020?

Take that leap on Batchelor's Day It’s a trifle late but.. happy LEAP YEAR everyone! Last Saturday we had something that we only get every four years: an extra day in February. What did you do with your additional 24 hours? This lady celebrated her 25th...

END_OF_DOCUMENT_TOKEN_TO_BE_REPLACED 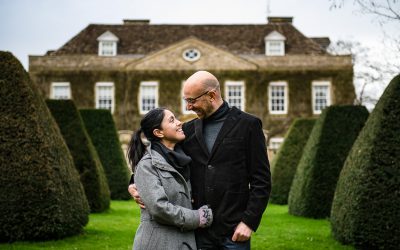 "As soon as we met Jonny in person, it was truly a pleasure. We had such a laugh! Even Hercules, the resident cat, got involved in our photo shoot!" PRE-WEDDING | OXFORDSHIRE | UK "We met through online dating. Thank god he wasn’t a serial killer and instead, was one...

END_OF_DOCUMENT_TOKEN_TO_BE_REPLACED 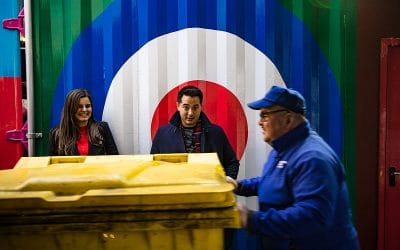 "You instantly made us feel comfortable and relaxed! You also have an exceptional eye for finding the perfect spot for a great photo. We absolutely love the variety of photos we have from the shoot. Now we cannot wait to see the photos from the big day!" Pre-wedding...